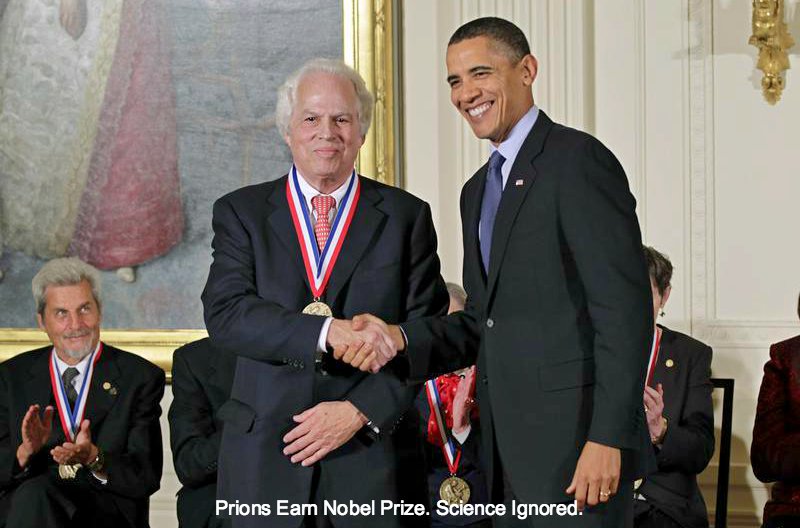 The nerve cells of some people with amyotrophic lateral sclerosis (ALS) can accumulate clumps of a protein called SOD1. A mutation in the SOD1 gene contributes to contraction of the disease, but it has not been clear if the characteristic clumps of the protein associated with the faulty gene are active drivers or harmless byproducts. A new study suggests that they are drivers.

The new study – by Umeå University in Sweden and published in the Journal of Clinical Investigation – finds that when injected into mice, SOD1 protein aggregates spread rapidly, leading to ALS. The authors note that while researchers have known about SOD1 aggregates in nerve cells in ALS patients for a while, it was not clear what role they played in people carrying the faulty gene.

“We have shown that the SOD1 aggregates start a domino effect that rapidly spreads the disease up through the spinal cord of mice,” said Thomas Brännström, co-author and professor of pathology. “We suspect that this could be the case for humans as well.”

ALS destroys motor neurons – the nerve cells that control muscle movement – in the brain and spinal cord. The disorder progresses to paralysis and death. Most patients only live 2-5 years after diagnosis. There are rare exceptions, including the famous theoretical physicist Stephen Hawking, who was diagnosed with ALS more than 50 years ago.

The team identified two different kinds (called A and B strains) of SOD1 aggregates in mice – both of which spread when injected into the animals’ spinal cords.

The protein clumps spread in nerve cells along the whole spinal cord, coincident with progression of an ALS-like disease that resulted in death.

For their study, the team used mice genetically modified to carry the human form of the SOD1 gene. The authors note:

“Mice seeded with A or B aggregates developed premature signs of ALS and became terminally ill after approximately 100 days, which is 200 days earlier than for mice that had not been inoculated or were given a control preparation.”

They also note how at the same time, aggregations of both A and B strains of human SOD1 protein propagated throughout the spinal cord and brainstem. Progression rates, distribution and levels of aggregation at the end stage, plus the disease patterns in the tissue, were different for A and B strains.

The researchers conclude that while the two strains of human SOD1 protein aggregates are different, they appear to “spread disease in a prion-like fashion” throughout the central nervous system, resulting in a “fatal ALS-like disease.”

Prions are toxic, misshapen proteins that copy themselves and travel along brain networks, clogging up cells along the way. Prions are associated with most, if not all, neurodegenerative disorders in mammals, including mad cow disease and chronic wasting disease.

Another of the researchers, Stefan Marklund, professor of clinical chemistry, concludes their study strongly suggests SOD1 aggregation plays an important role in the progression of ALS, something he and his colleagues suspected.

Preview and order the eBook now to defend yourself and your family. There is no prevention or cure for Alzheimer’s disease, but smart nutrition can save your life. If you have brain disease, nutrition is your best hope for treatment.

Gary Chandler is a prion expert. He is the CEO of Crossbow Communications, author of several books and producer of documentaries about health and environmental issues around the world. Chandler is connecting the dots to the global surge in neurodegenerative disease, including Alzheimer’s disease, Parkinson’s disease, Creutzfeldt-Jakob disease, chronic wasting disease and other forms of prion disease. The scientific name for prion disease is transmissible spongiform encephalopathy.

Howdy! This is my first visit to your blog! We are a collection of
volunteers and starting a new project in a community in the same niche.
Your blog provided us useful information to work on. You
have done a marvellous job!